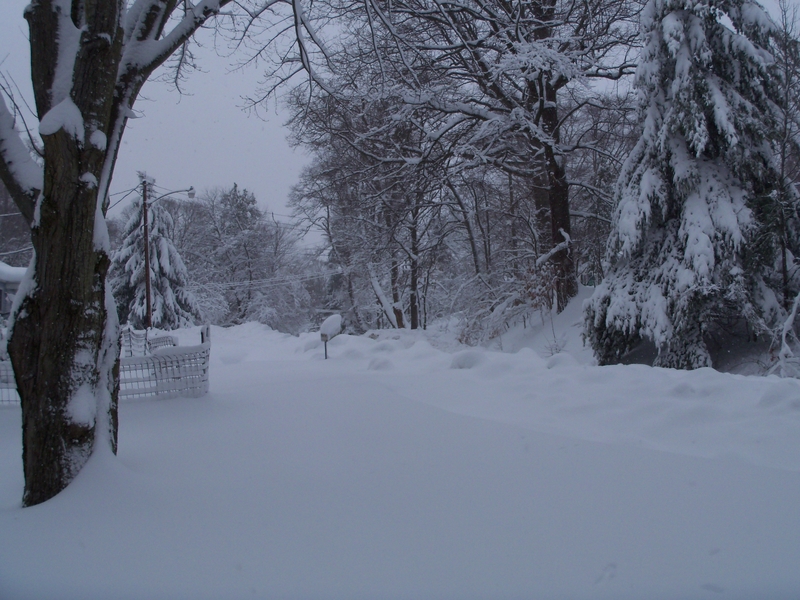 Between December 2009 and February 2010, the northern Virginia area was hit by severe winter storms. It seemed that one storm came right another. By the time all was said and done, approximately six feet of snow had falling between December and February, an highly abnormal count for the region. This scene depicts the amount of snow by the second snow storm within that time frame. The location is Donald Curtis Drive. It is the same angle as another picture titled "Donald Curtis in Spring."

If I remember correctly, schools were closed for nearly 13 days intermittently.