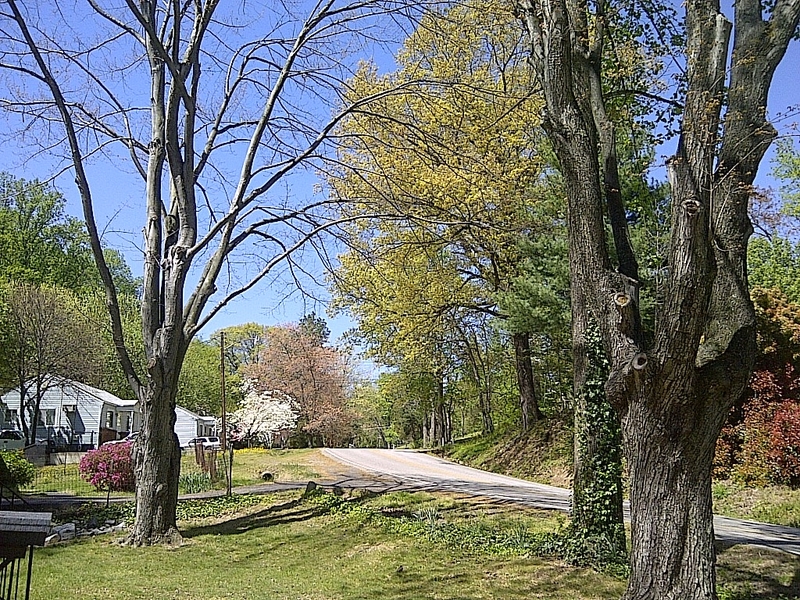 The road you are looking at has a history dating all the way back to the Civil War where Union troops encamped to the right of this picture. The old Gar-Field High School, now the Ferlazzo Building, is located 200 yards behind my right. This road use to be part of Route 610, Cardinal Drive. The houses were built during World War 2.

The street derives its name from a man named Donald Curtis, a Civil War enthusiast who has written several books on the Civil War. He and his family lived around the corner on Crest Drive. Unfortunately, Mr. Curtis and his wife were killed in an auto accident on Route 1, not 500 yards from his home. It was Christmas Eve.