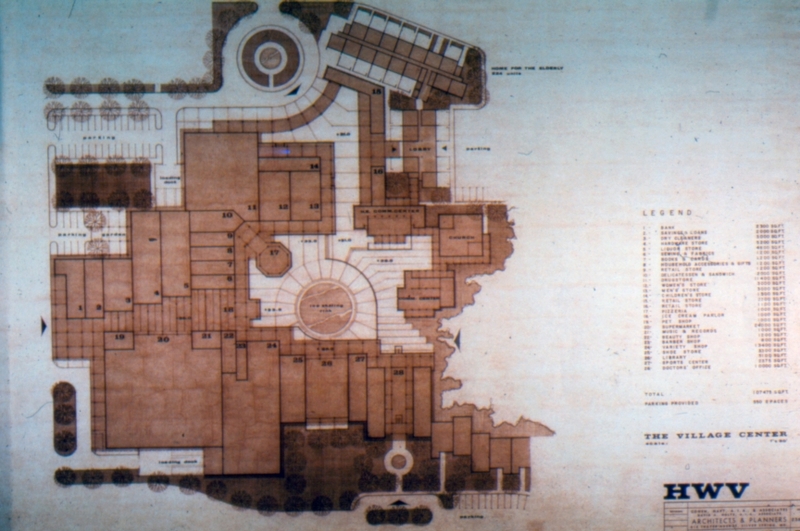 While this exhibit examines the redevelopment of two shopping centers, others in the metropolitan area are facing demolition and redevelopment in the near future. Preservationists attempt to document historic structures and interpret history associated with them before they are demolished but Northern Virginia shopping centers are rarely thought of as historic and will likely go undocumented before they disappear. They are generally considered too new or architecturally unremarkable to be “historic” but they are significant as they reflect consumerism and the cultural and social history of late 20th century.

Large regional shopping centers, like Landmark, were destinations with multiple department stores and sprawling parking lots for a highly mobile and relatively affluent population. They were built along major corridors but were not designed to blend in with the existing built environment. Because of the movement toward mixed use and, in this region, high density development, it is extremely unlikely that regional shopping malls will be built in the future. The consolidation of department stores has eliminated the need for an enclosed mall with massive anchor store spaces.

Smaller neighborhood shopping centers have grown with the suburbs and will likely continue to do so. They are not designed with specific consideration for the surrounding built and natural environments but the original Hunters Woods was an exception in this regard. The use of brick and dark wood, the open walkway between the shops, and the plaza connecting to other buildings all contributed to the center’s role as part of a surrounding community linked by wooded paths.

Whether shopping centers are simple retail strips or mega malls, they deserve closer examination and documentation so that future historians can consider them in studies of 20th century American culture.