Part 2: Way the mall is designed is simply not conducive to good business 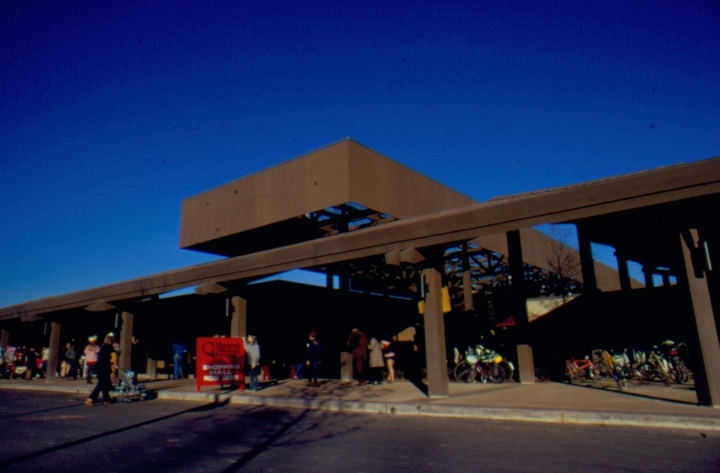 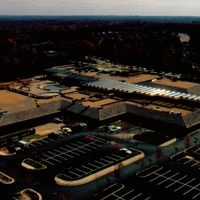 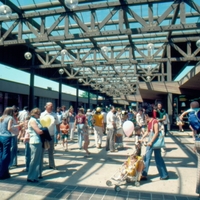 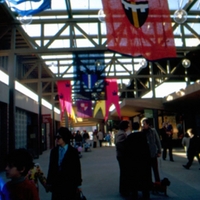 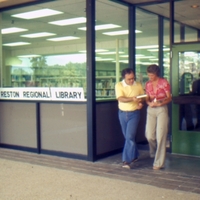 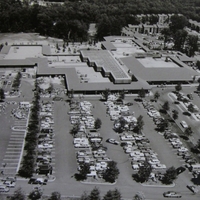 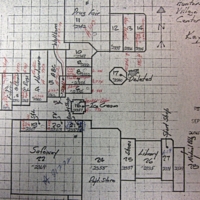 The Reston Community Association’s statement at the grand opening of Hunters Woods Village Center indicated that the unique design managed to “avoid the usual overwhelming seas of asphalt” typical of other shopping centers and expressed the belief that it would not be a center that “dies at the end of the day.”  With a mix of restaurants, retail and services, Hunters Woods appeared to offer its residents convenience and variety.

Ten years after the shopping center opened, several original businesses, like Drug Fair, Safeway, Village Square dry cleaners and Baskin-Robbins, were still there. Others, like the hardware store and a hair salon, had seen changes in owners but still offered the same product. Records indicate that turnover was not unusual. One space had been a television repair shop, an Italian deli and a French restaurant before Bangkok West, a Thai restaurant, moved in and succeeded. Another restaurant space was first occupied by Big Daddy’s which offered Coney Island-style hot dogs and family fare and was then followed by La Gazelle, Ryder’s, Pizza Inn, the Seafood Emporium and the Alpenhaus Café. Across the open space from this revolving restaurant site, another eatery experienced more stability. Fritzbe’s family restaurant, one of the earliest concepts from Great American Restaurants, opened in December 1980 and remained in business until 1994.

As early as 1978, crime around Hunters Woods caused concern. Reston’s robbery rate was more than 25 percent higher than the rest of Fairfax County, and multiple sexual assaults near Hunters Woods drew attention of police and the media. News accounts at the time hinted that juveniles were likely responsible for vandalism and muggings at Hunters Woods. Merchants feared shoplifters as well as negative publicity, and elderly shoppers from Fellowship House were easy targets as they walked through a shopping center obscured from the view of passing vehicular and pedestrian traffic.

In 1979, Martha Pennino, who represented Reston on the Fairfax County Board of Supervisors, explained the Hunters Woods situation to the Washington Post, “The rents on the shops are so high that many businesses over the years have gone under. The way the mall is designed is simply not conducive to good business. People go to the liquor store and the Safeway, and then leave.”

← Part 1: Vibrant village center relating to every aspect of the community
Part 3: Hunters Woods was a much more vibrant center than it is today →
Hunters Woods
Part 2: Way the mall is designed is simply not conducive to good business