Part 3: Most ambitious of its kind in the nation 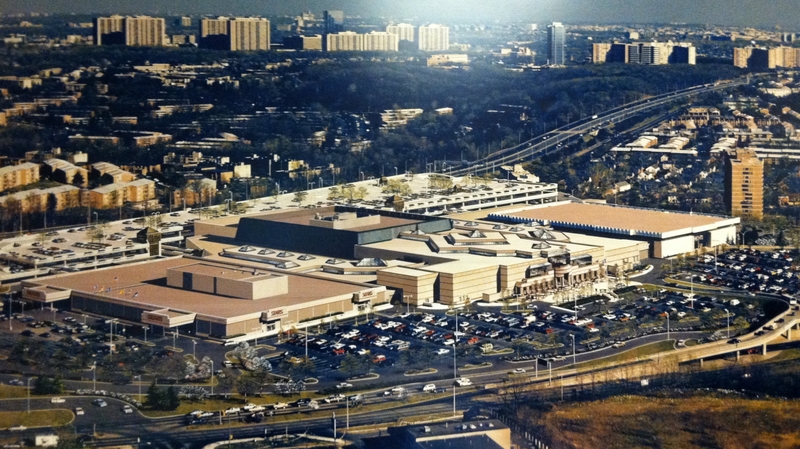 This combination of a photograph and illustration shows how Landmark looked after its renovation into an enclosed mall, c. 1987.
Courtesy: Ths Howard Hughes Corporation 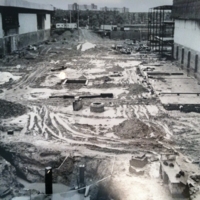 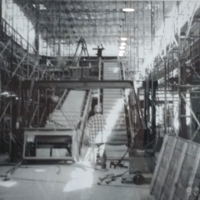 Installation of escalators at Landmark as part of its conversion to an enclosed mall, 1989.
Courtesy: The Howard Hughes Corporation 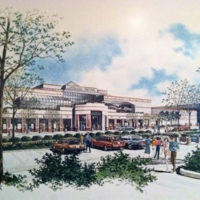 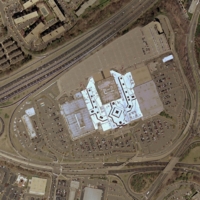 Aerial image of Landmark after it became an enclosed mall with a parking garage, 2002.
Courtesy: NETROnline.com and HistoricAerials.com 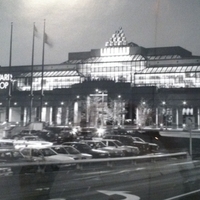 A nighttime view of Landmark after it reopened as an enclosed mall, c. 1994.
Courtesy: The Howard Hughes Corporation 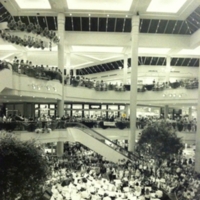 The Alexandria Symphony performed as part of the grand reopening of Landmark as an enclosed mall, August 1990.
Courtesy: The Howard Hughes Corporation

Throughout the 1970s and ‘80s, Landmark Center’s competition grew as new enclosed malls opened in Springfield, Fairfax, Manassas, Tysons Corner, Woodbridge and Arlington. Some older malls were completely renovated and rebranded. In the early 1980s, Wheaton Plaza in Montgomery County, Md., was converted from a one-story open air center to a two-story enclosed mall, and in the mid-1980s, Parkington was transformed into the four-story Ballston Common which by then was accessible by Metrorail.

In 1984, the Alexandria Partnership sold its interests in Landmark, the first of several ownership changes over the next two decades. To remain competitive with other area malls, the new owners, International Income Properties, Inc., announced plans to demolish the single story structure and build a three-story enclosed mall on the same site. The original anchor stores, each owned by their parent companies, would remain open and incorporated into the new mall design.

During the winter of 1986-87, the small businesses in the shopping center, like original tenant S&W Cafeteria, closed. On January 23, 1988, Landmark held a ground-breaking ceremony for the new mall and a few weeks later the city of Alexandria issued demolition permits. The new project, described by the Alexandria Gazette as the “most ambitious of its kind in the nation,” cost an estimated $140 million. In June 1990, two months before Landmark reopened, International Income Properties sold the shopping center to U.S. Prime Property, Inc.

The reconstructed mall had 300,000 square feet of new retail space available, a food court on the third floor and a three-level parking garage. Landmark celebrated its reopening with three days of special events featuring shopping promotions, live performances and the official ribbon-cutting on August 16. At that time, 135 of 160 stores had been filled.