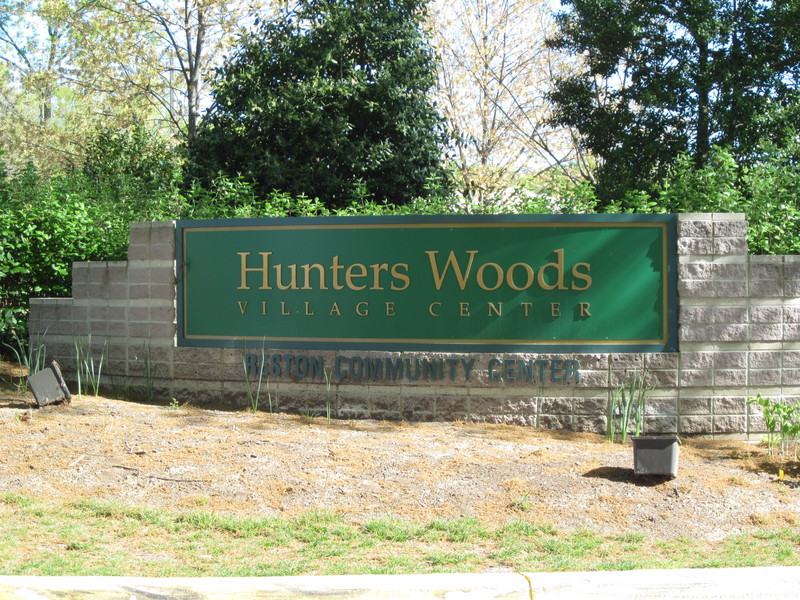 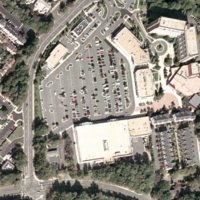 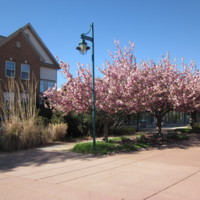 View of Hunters Woods looking southwest and showing mixed use with condominiums, plaza and storefronts beyond the trees, April 2012.
Photo: Amy Bertsch 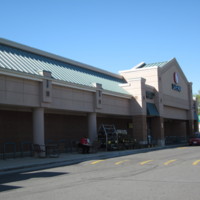 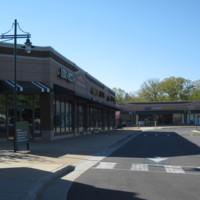 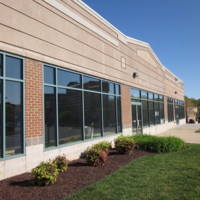 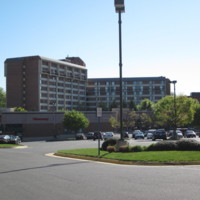 In January 1997, Safeway announced it would open a 55,000-square-foot store at the new Hunters Woods Village Center, and new tenants, like Ledo Pizza and Burger King, soon committed. Rite Aid, which had taken over the Drug Fair store, agreed to stay on as did Reston Tailoring which had first opened in 1986.

The revitalization plans called for open space between buildings with “decorative surface treatments, new plantings and sloping walks” and an outdoor plaza where the original water feature had been located.

Six new retail structures were built in the shopping center, with three backing to Colts Neck Road, one along Glade Drive and two on the southern edge close to the plaza which links the shopping area to condominiums, the Reston Community Center and Fellowship House. Elderly residents are able to walk to the Safeway and to other stores, as original residents at Fellowship House did. The store pads ring the parking lot, creating a sea of asphalt that early Reston leaders once feared. Three stores are currently vacant.

Berta Cordova, who owns Reston Tailoring with her husband Wagner, recalls that they were only closed for one week during the move from the original Hunters Woods center into their new space. She notes that the current merchants do not interact with each other as they did at the original shopping center but she states that her business is strong.

The shopping center has had multiple owners since its revitalization with Hunters Woods Center, Inc., purchasing it in 2000 for $19.3 million and then selling it to East Coast retail developer and operator Edens and Avant in 2010 for just under $30 million.