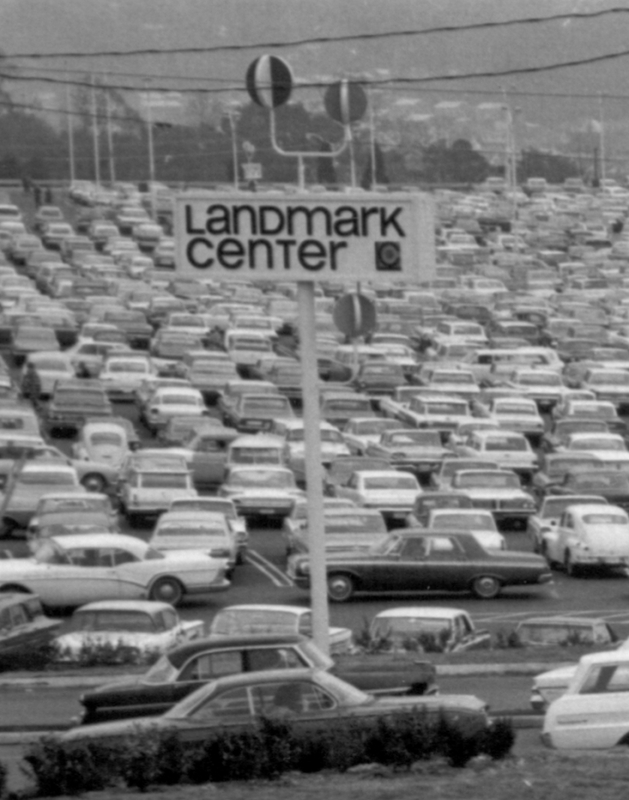 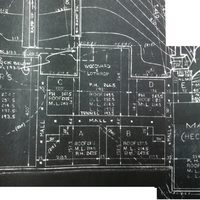 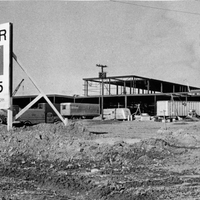 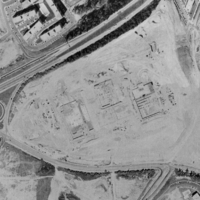 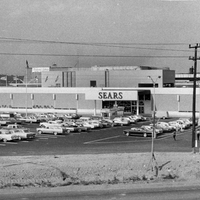 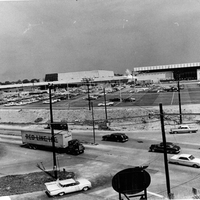 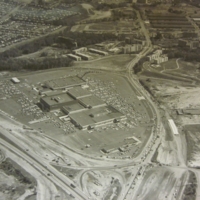 Oblique view looking toward the northeast, with Shirley Highway visible on the lower left and Duke Street on the right, c. 1965.
Courtesy of Alexandria Library Special Collections

In 1955, just three years after the city of Alexandria annexed nearly eight square miles of largely undeveloped land from Fairfax County, Northern Virginia real estate developer Omer L. Hirst and acquired an option to purchase 47 acres of land northeast of the Shirley Highway and Duke Street interchange. Hirst intended to build a large regional shopping center there, and a zoning decision by the Alexandria Planning Commission in 1957 cleared the way for him to proceed.

Heading a group of investors, Hirst formed the Alexandria Partnership to build the new center which, according to the Washington Post, would be “the first time on the East Coast [that] three major department stores will locate in one shopping center.”  In September 1963, Hirst and high-ranking officials with Sears, Roebuck & Company, Woodward & Lothrop, and The Hecht Company announced an agreement to build the 675,000-square-foot Landmark shopping center. The Alexandria Partnership would oversee the management of smaller retail space that would complement the three major anchors. Developers estimated that 400,000 people lived within a 20 minute drive of Landmark.

Abbott, Merkt & Company, an architectural firm based in New York, designed the three individual building for Sears, Woodies and Hecht’s, as well as the other smaller shops. The design of an open-air mall featured concrete benches and planting boxes, concrete overhangs that offered shoppers some shelter, and enough parking to accommodate 4,000 cars. The architects also designed signage for Landmark using the Bauer Folio font in a mix of upper and lower case letters that would emphasis the individuality of the stores that were located in a single shopping center.

When Sears and Hecht’s opened on August 4, 1965, an estimated 15,000 vehicles visited the shopping center that day. On October 11, Woodies and more than two dozen specialty stores and services opened for business, creating traffic jams along Duke Street.