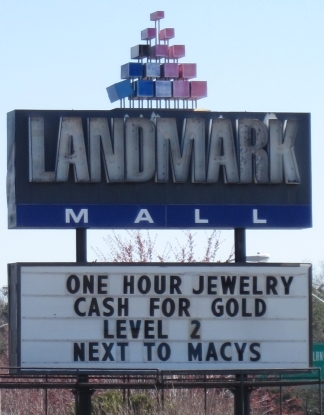 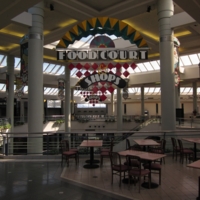 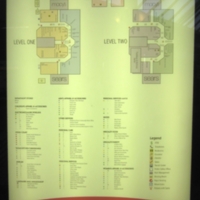 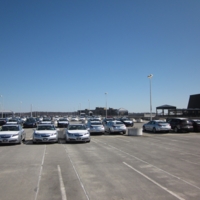 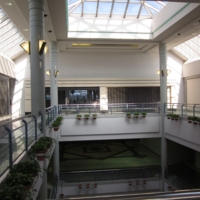 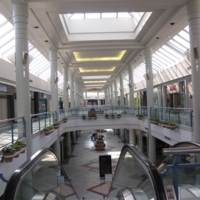 Despite the optimism associated with Landmark’s massive renovation, changes in ownership and in retail operations at the national level created uncertainty beginning in the mid-1990s. New “town center” retail concepts gained popularity and offered the possibility of mixing commercial and residential land use, and online merchants offered the convenience of shopping anytime and purchasing from the same retailers that operated brick-and-mortar stores or from competitors.

In 1994, Woodward & Lothrop filed for bankruptcy and the following year, Woodies closed its doors forever. Lord & Taylor later moved into the former Woodies store at Landmark, but it closed in 2009, leaving the 150,000-square-foot space vacant.

General Growth Properties/Ivanhoe II (GGP) acquired Landmark’s owner U.S. Prime in 1999, and in 2004, GGP sought approval from the city of Alexandria to redevelop Landmark once again, this time as a town center concept. Recognizing that Landmark was “becoming increasingly obsolete as the retail world and consumer preferences continue to evolve,” Alexandria approved GGP’s request to redevelop Landmark with a mix of retail, restaurants, theater, hotel, and more than 1,500 residential units. But in 2009 GGP also filed for bankruptcy, halting any immediate movement.

Another significant change came in 2005, when the May Company, which owned Hecht’s, merged with Federated Department Stores. The new company chose to close Hecht’s stores or convert them into Macy’s. The Hecht’s at Landmark became a Macy’s which remains open, but other area malls also have Macy’s stores so the appeal and competition of brand loyalty no longer exist with major department stores in Northern Virginia.

The Howard Hughes Corporation acquired Landmark from GGP and still expects to redevelop it, touting its “potential to be developed into a dynamic destination for shopping, dining, working, entertainment and living” in marketing materials on its website. Currently the vacancy rate at Landmark is more than three times the national average and the top level of the parking deck is used by car dealerships to store new inventory.  Enclosed shopping malls around the Beltway, like White Flint, Capital Plaza and Landover, have recently been demolished or will be soon, and Springfield Mall, five miles south of Landmark, announced it would begin redevelopment in the summer of 2012.